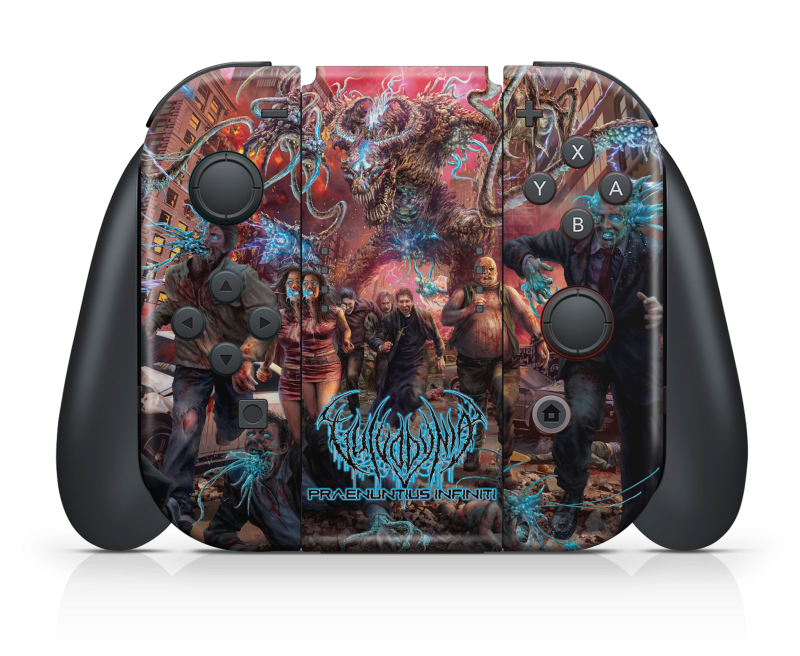 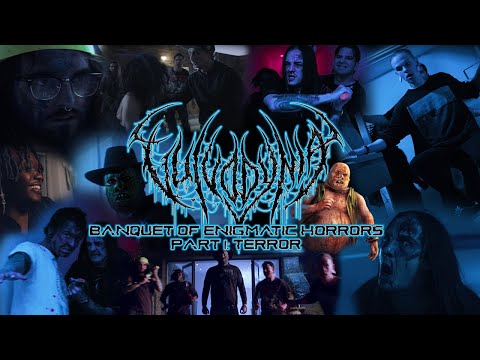 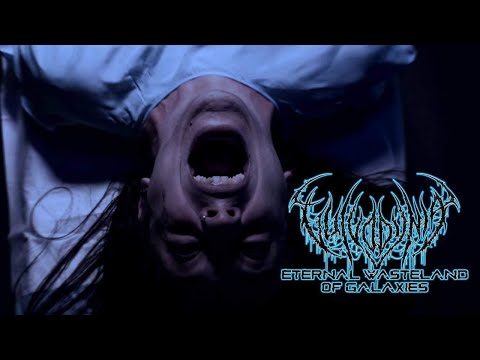 ‘THE SHADOWY DESCENT OF GAIA’ 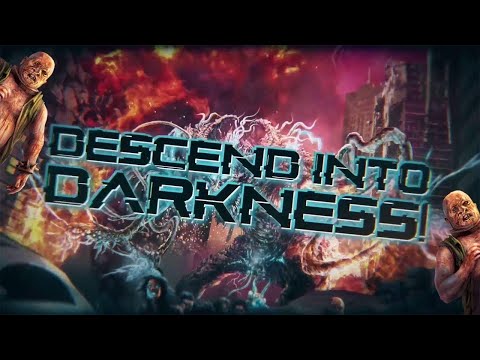 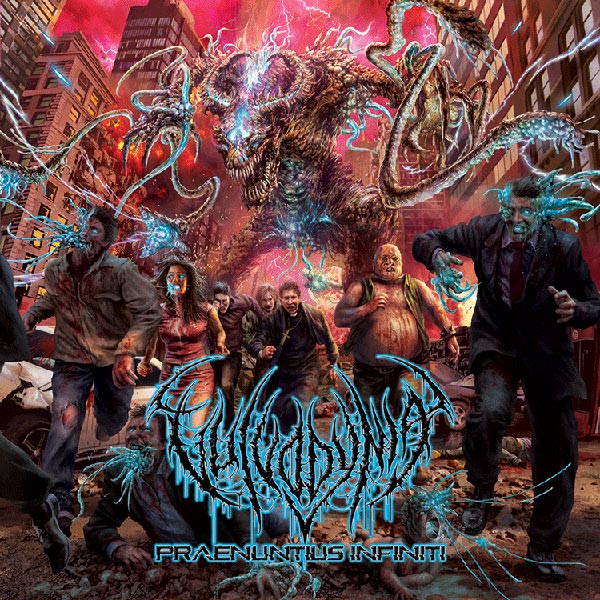 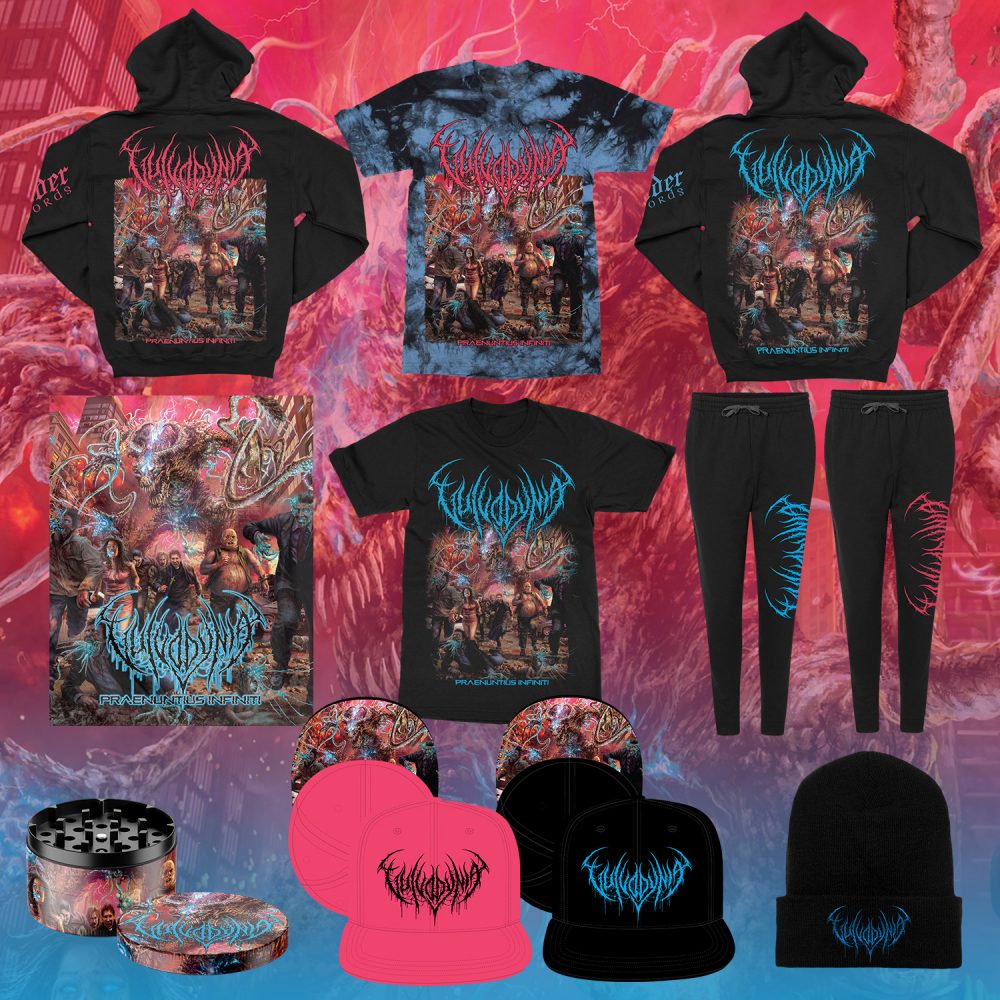 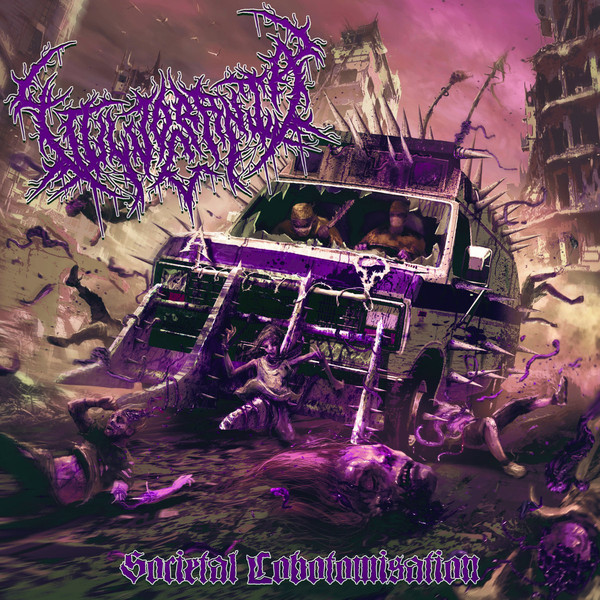 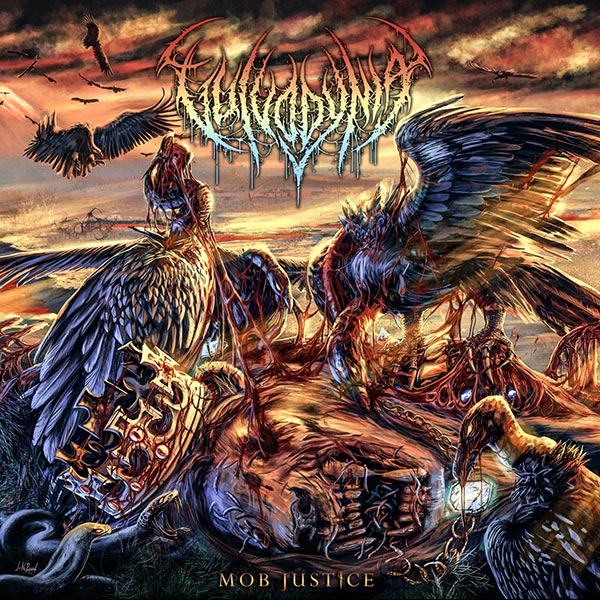 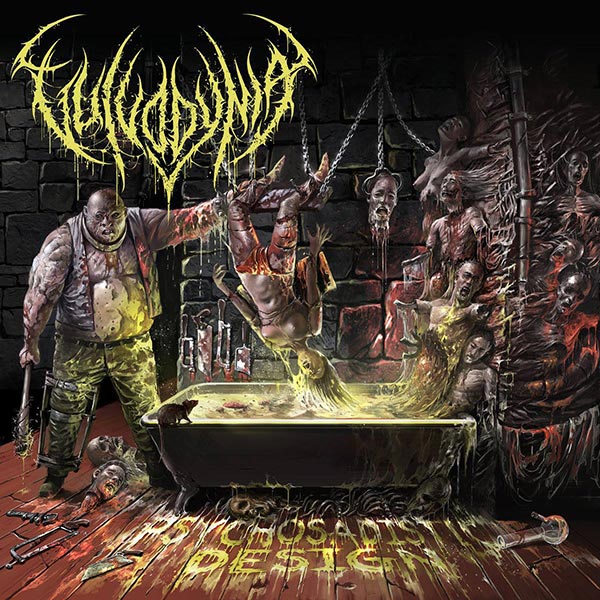 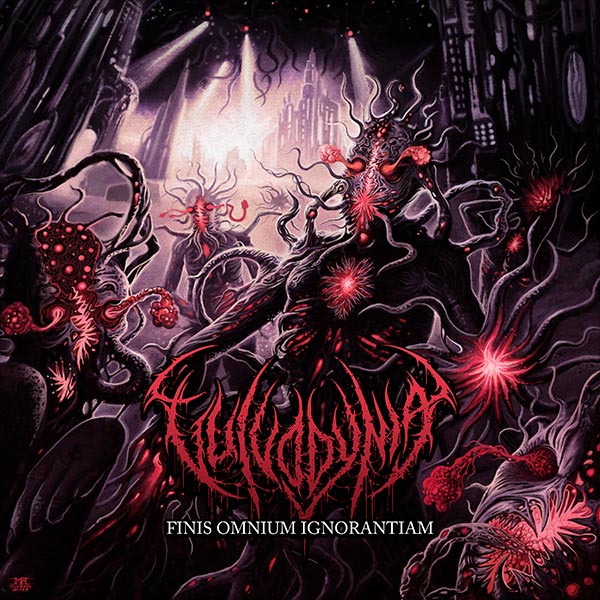 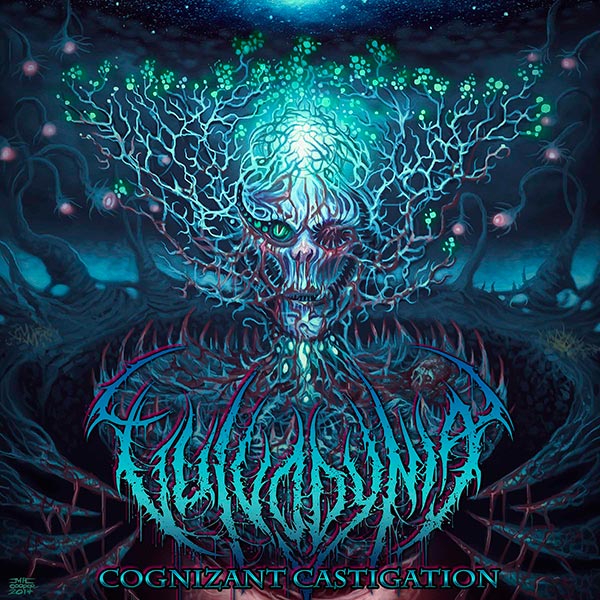 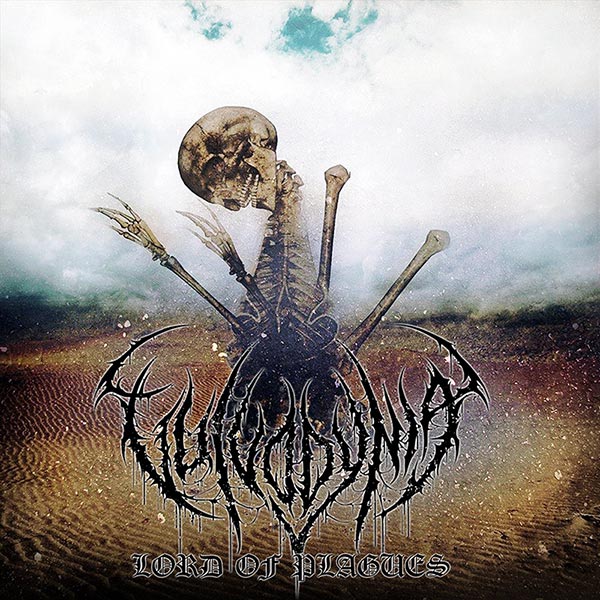 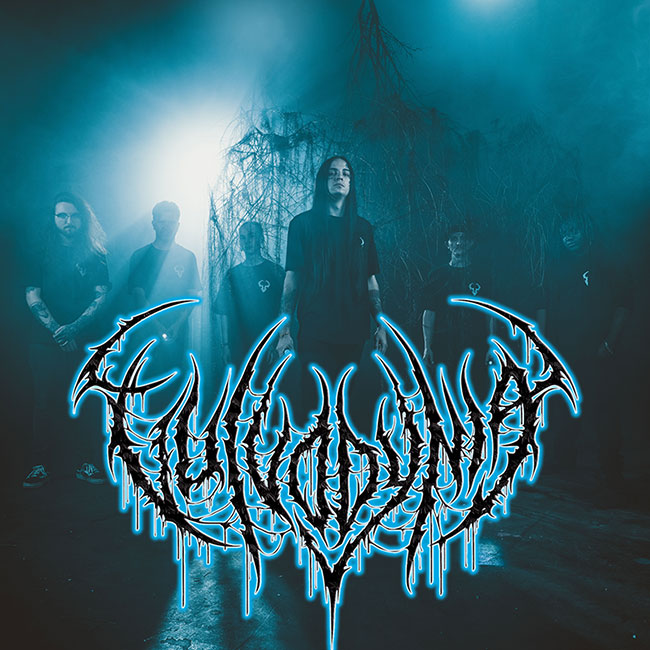 An unending sea of carnage, a God-turned-beast devouring everything within its path, an epic, sprawling tale of the consumption of galaxies and their inhabitants—and the duality of battling deities that takes place to bring the reign of Praenuntius to an end. What does this all mean? Simply put, it means Vulvodynia—South Africa’s premium death metal export—are back with Praenuntius Infiniti, their fourth full-length release and a label signing to boot. Completing the tale established in their critically acclaimed 2015 EP Finis Omnium Ignorantiam, Praenuntius Infiniti is one hour of flesh-melting, bone-busting death metal infused with slamming elements and spine-shrinking breakdowns that capture the very crux of heavy, intense music. Produced by Christian Donaldson (Cryptopsy), the band’s Unique Leader Records debut displays Vulvodynia’s continued maturation and incorporation of melodic, technical and hyperaggressive elements into their backbone of brutal slamming death metal to achieve what stands as their most diverse, engaging and immolating offer to date.

Spawned in 2014 by Vocalist Duncan Bentley and Guitarist Luke Haarhoff, Vulvodynia is a South African slam juggernaut designed with one purpose: to make the craziest, most absurdly heavy music possible, while attempting to define themselves as more than just “another slam band.” If their mission was over-the-top heaviness, then consider it accomplished—from their debut release, Lord of Plagues, Vulvodynia’s penchant for skull-splitting technicality and eviscerating heaviness has been obvious. Rapidly gaining popularity and recognition for their prodigal slam prowess, Lord of Plagues saw the band reach ears not just in their local scene, but around the world as well. In August 2014 the band signed a two album contract with Australian Label Vicious Instinct Records, releasing their debut full-length album, Cognizant Castigation. Featuring Acrania’s Luke Griffin and Ingested’s Jason Evans (among many others).

If 2014 was the year the band finally grew into their potential, 2015 was the year they shattered their own mould, evolving into an even more aggressive and creative display of no-holds-barred heaviness. The band released a lengthy-but-lurid eight-track EP titled Finis Omnium Ignoratium, completing their contact with Vicious Instinct Records. No longer satisfied with their status as a terrifying trio, the band sought to expand—searching South Africa for more like-minded musicians willing to bring forth brutality.

Vulvodynia’s search was not in vain; with the completion of a full lineup, the band joined with Czech-based label Lacerated Enemy Records, releasing their sophomore full-length Psychosadistic Design shortly thereafter. The time that followed was a blur of tours and festivals including Deathfeast Open Air (DE),Fall In The Brawl (UK) and 2018 tours with Despised Icon, Malevolence and Archspire. It wouldn’t be too much longer before 2019 would dawn on the band and see them release Mob Justice, a record that takes a step back from the band’s lore established on Finis or the outright brutality of Psychosadistic Design to focus on music surrounding the social strife and societal tensions surrounding living in South Africa. Widely hailed as their strongest work to date, Mob Justice hurled the band into 2020 with what seemed to be unstoppable momentum—until 2020 was complicated by a global pandemic. Determined not to let COVID-19 slow their unstoppable onslaught, Vulvodynia pushed on, releasing Societal Lobotomization, a split EP with slamming deathcore legends Acrania. The “Vulvocrania” project was a landmark success, catapulting the band into heavy music’s uppermost echelon—complete with their recent signing to Unique Leader Records and the imminent release of Praenuntius Infiniti, a lore-laden, slam-riddled, riff-driven monstrosity that transcends the borders between brutal death metal, technical death metal and deathcore.

So when you look up Vulvodynia on your favourite search engine, you’ll likely find information about chronic vaginal pain or infection—and much like an infection, Vulvodynia’s dominion over the underground heavy music community continues to spread, devouring the minds and ears of any and all in their path. In the wake of a brand new record and label signing, there truly is no way to predict just how far the tendrils of Vulvodynia’s sinister infection will spread.